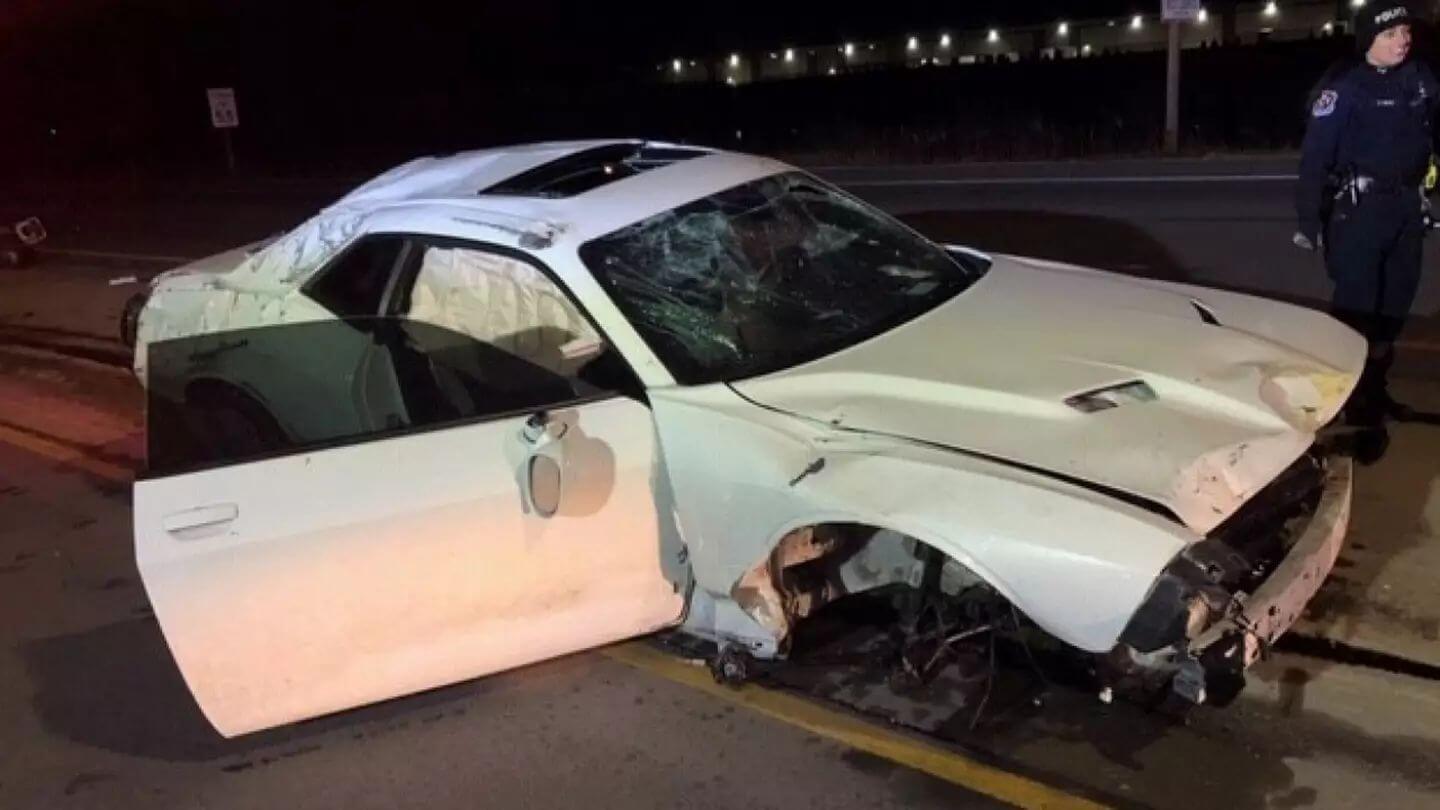 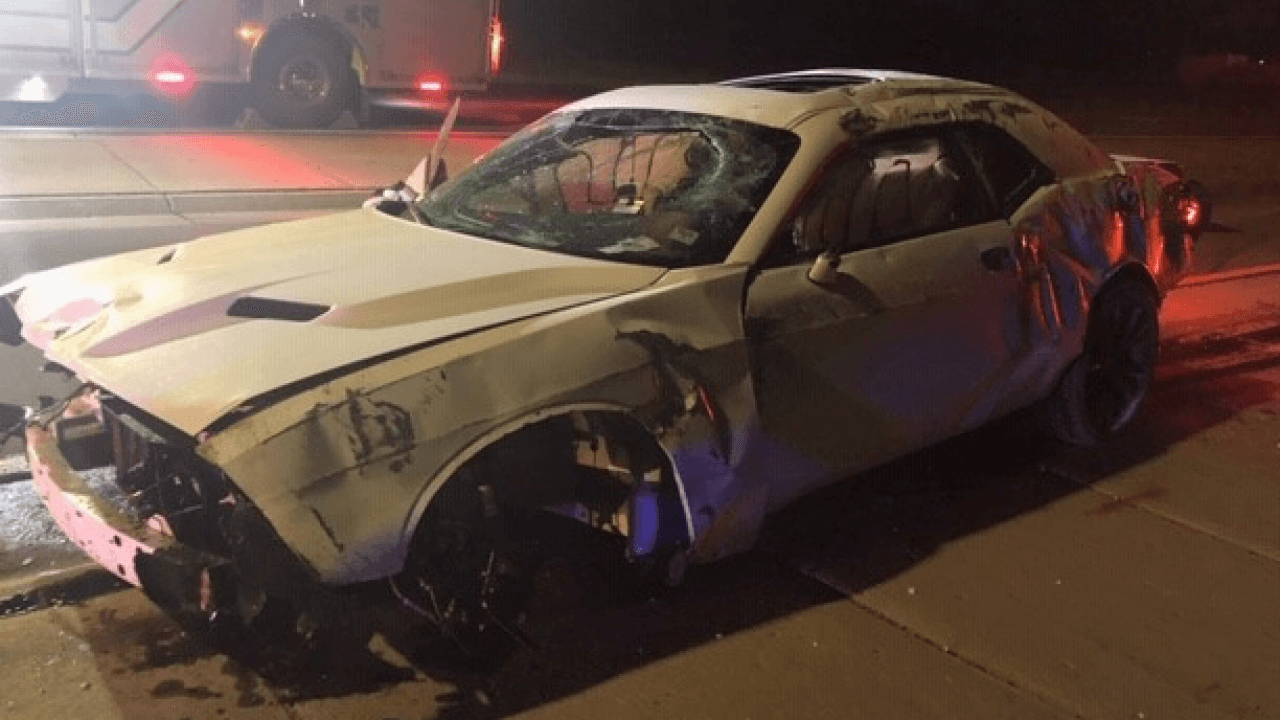 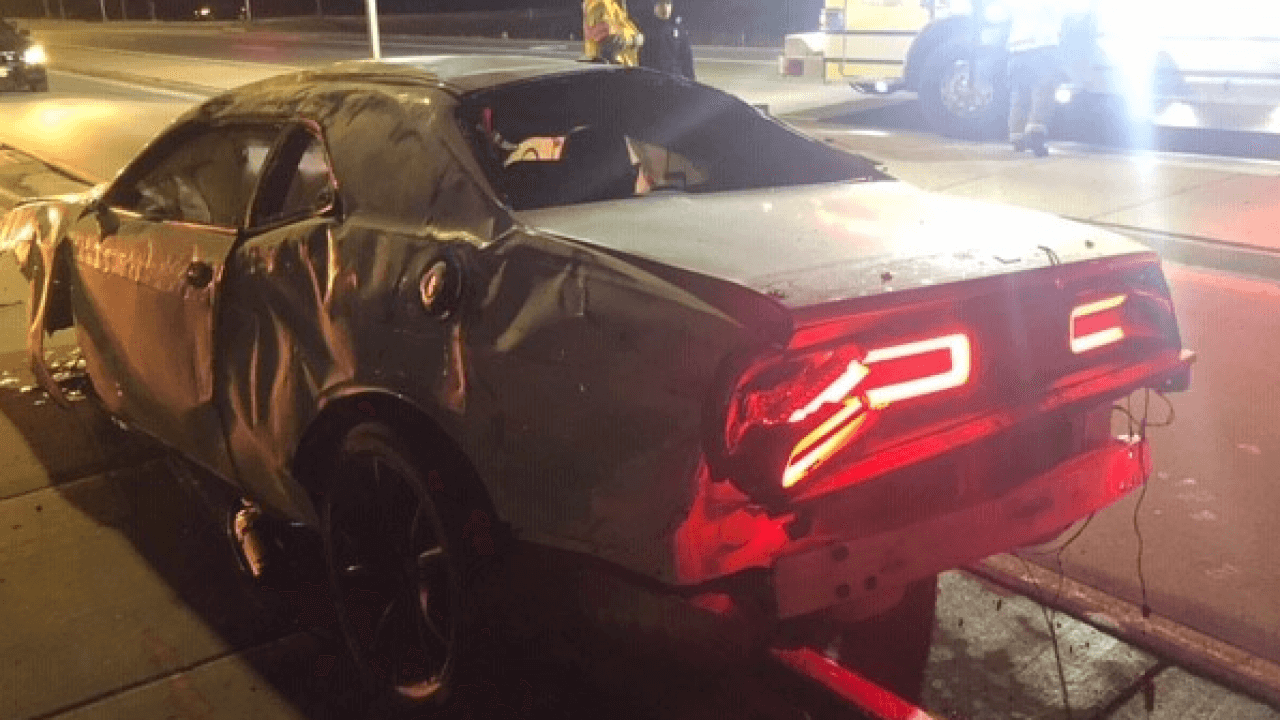 Drunk Wisconsin man does a barrel roll in 2017 Dodge Challenger!

Maybe we’re a little late to the game, but this story has been making the rounds again, and we’re always one to jump on a good wreck. I mean, story…

On December 23rd, a Racine, Wisconsin man Tony Griffin decided to have a few drinks and take his pride and joy 2017 Dodge Challenger out for a run and as will tend to happen when you’re a few bottles deep and showing off, he managed to barrel roll the car an outstanding six times at over 100 miles per hour, knocking down multiple signs and a light pole. I mean, damn. My personal best is a a half flip. Gotta step up my game!

I must admit, Dodge’s quality and crash safety has gone UP.

Despite the high speed and number of flips, the Challenger is still of course a write off, I’m sure there’s all kinds of bent frame beneath the sheet metal and plastic, but it kept together surprisingly well. Can you imagine an original 70’s Challenger doing the same?

In that same situation that car would have been obliterated with no survivors in the car and probably anywhere within a 100 yard radius as they’re torn apart by flying shrapnel.

Who ever would have thought that being owned by Fiat would actually increase their build quality? I mean, literally no one saw that coming. That’s actually a bit of a black eye on the American automotive industry actually when you think about it…

Since the face of the Challenger was torn off we can tell that there’s no big V8 slammed up against the front bumper brace, so it’s likely this is just the 3.6L V6 on the SXT Plus, so not quite bargain bin, but definitely not any of the more exciting models which is good, it’d be a true tragedy if it was one of the limited run Demon’s that we lost. The Pentastar isn’t the gutsiest engine at just around 300 horses in what is a fairly heavy car, but it’ll still be good enough to wheeze it’s way up to triple digits. He must have had a LONG run up to losing control. (can’t wait for the hate from Chally fanboys in the comments!)

It must be true what the say, “God protects drunks and fools” since Mr Griffin and his passenger walked away from this wreck with just minor injuries.