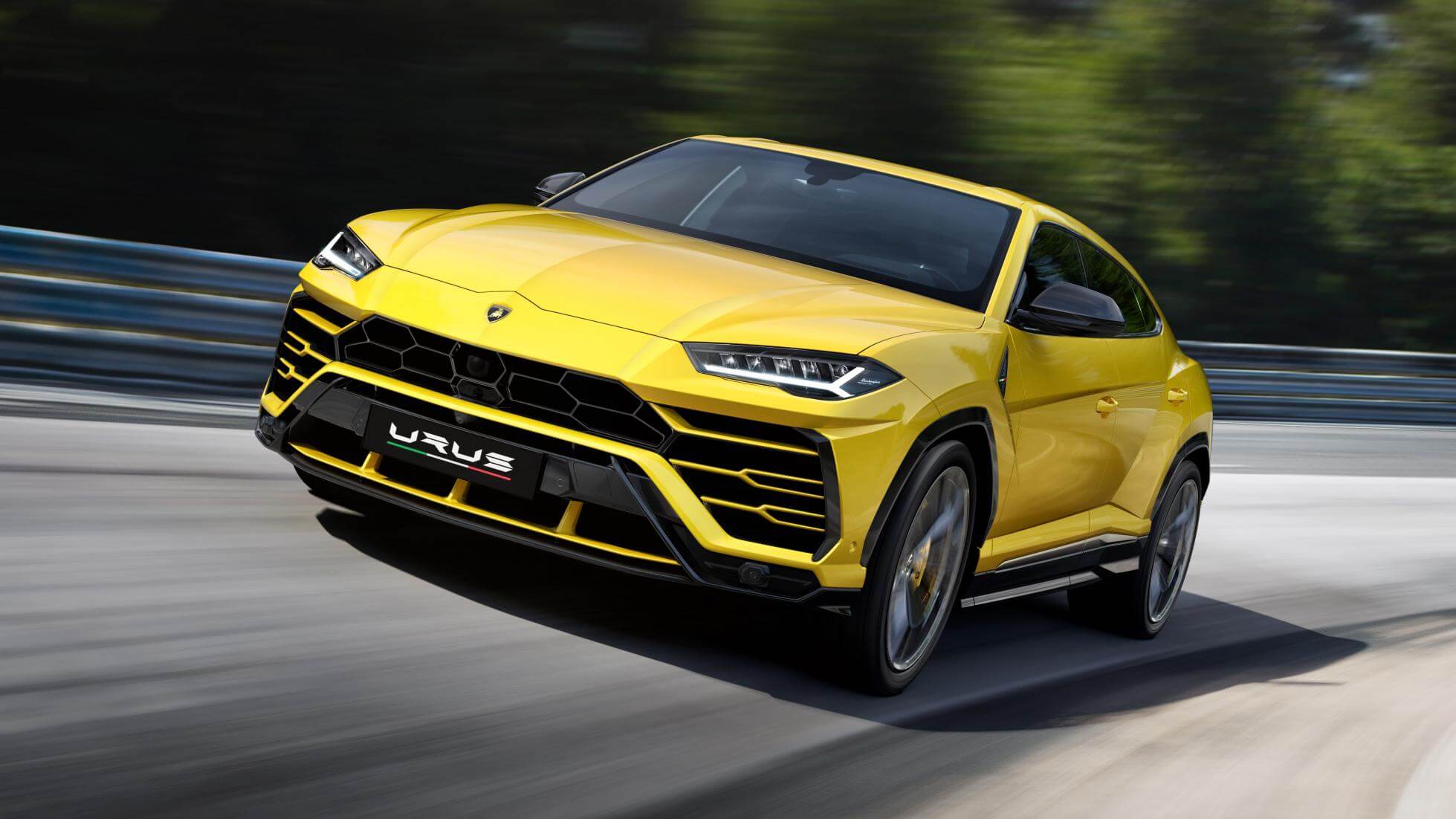 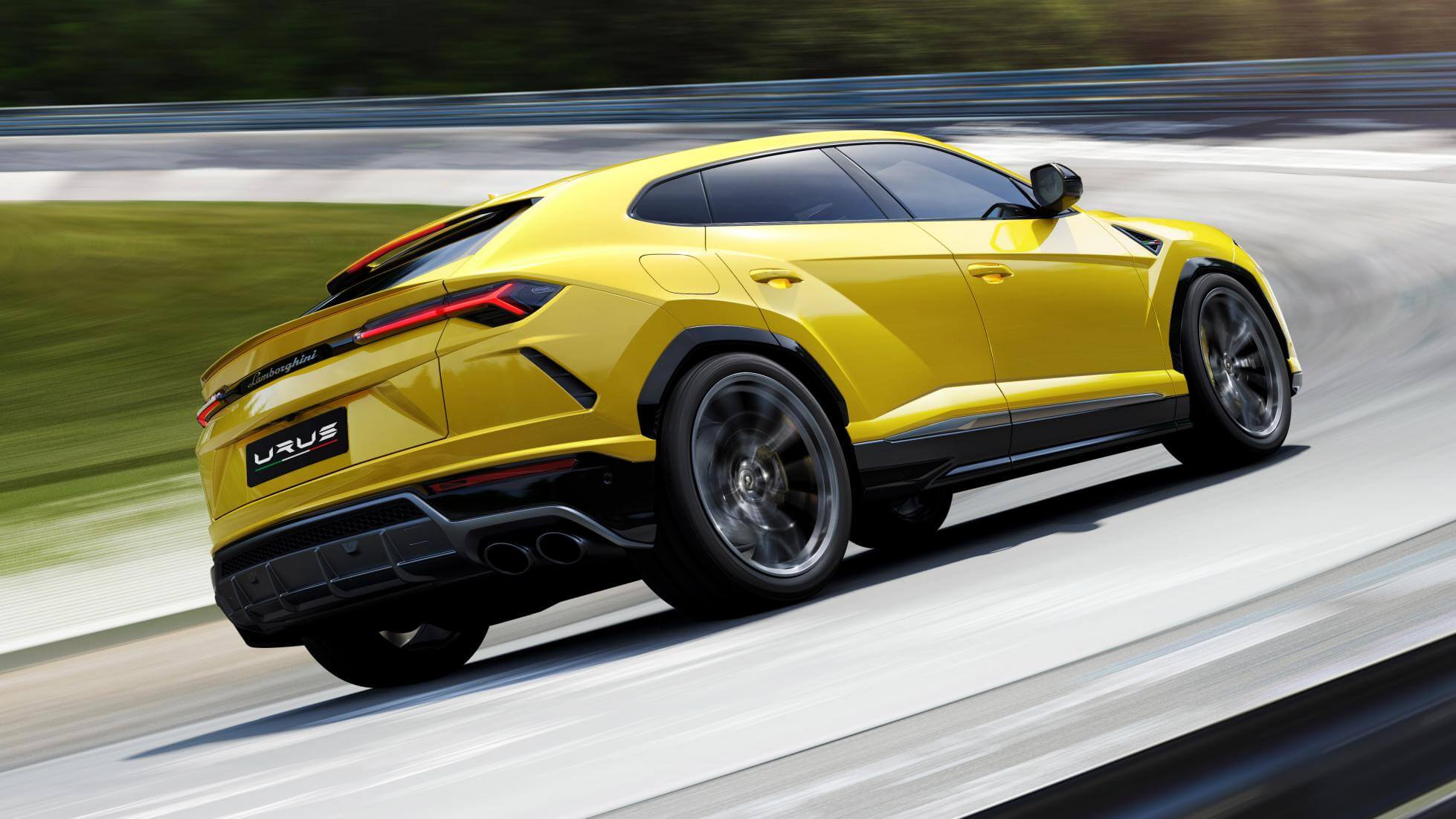 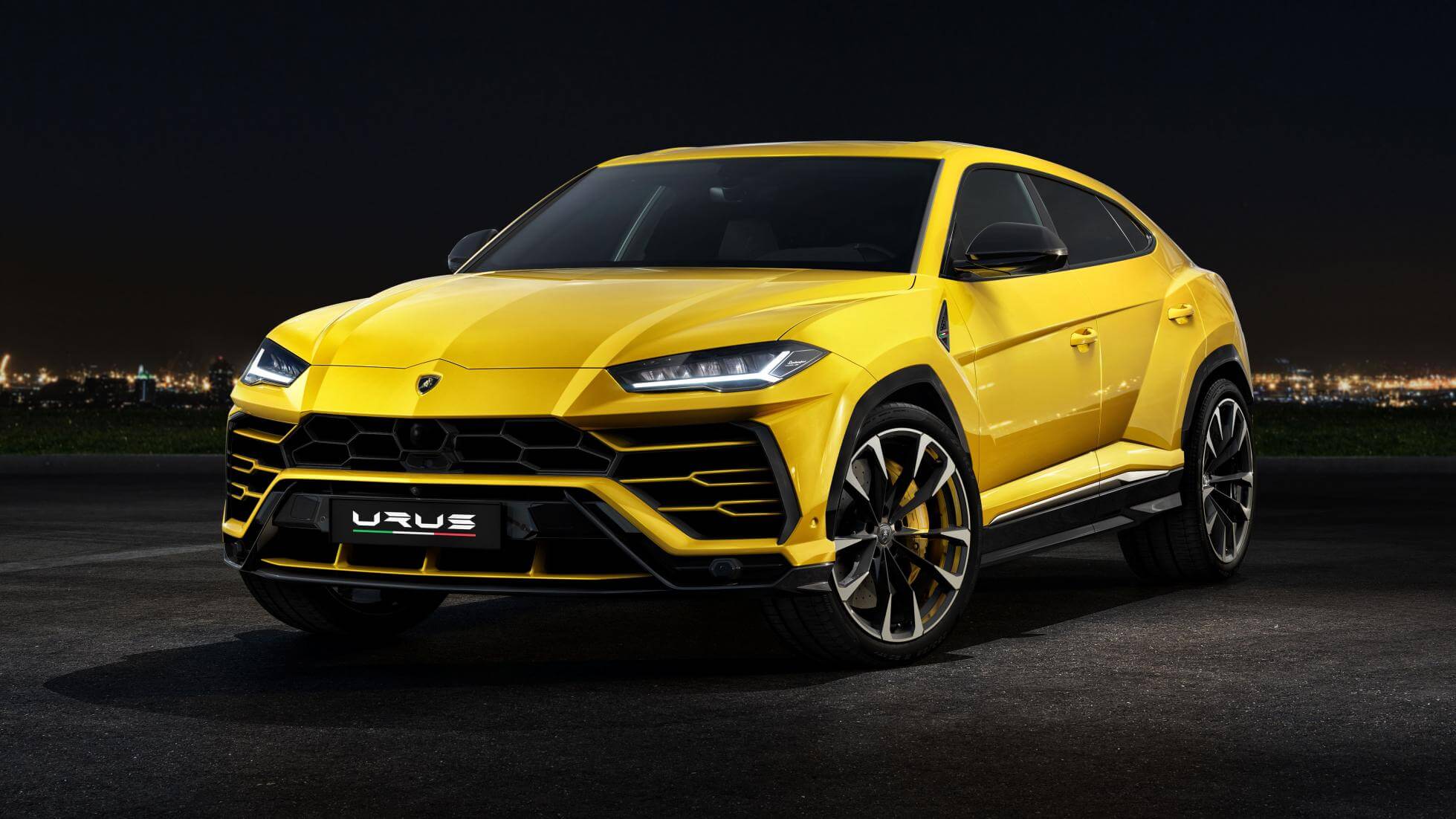 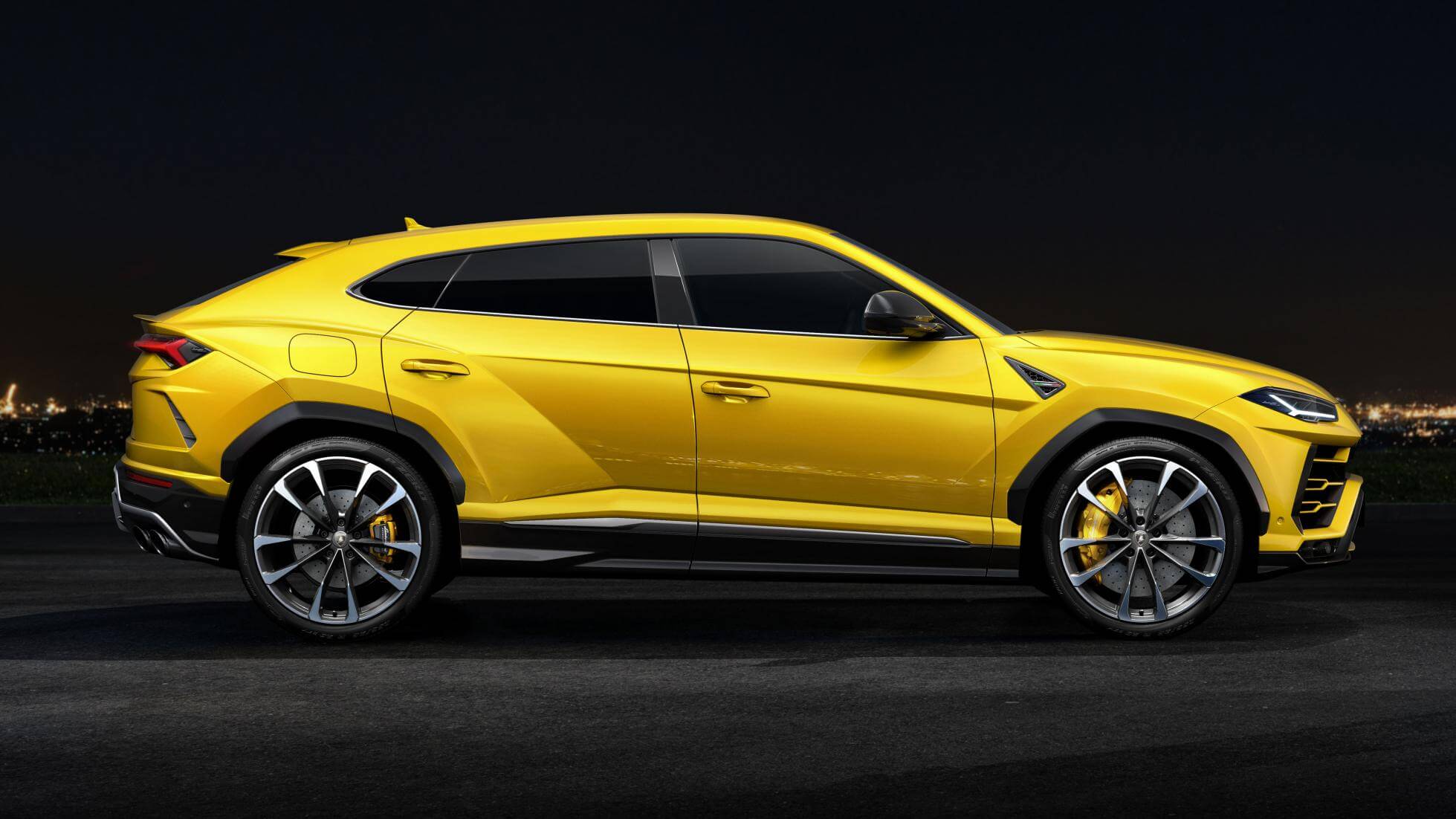 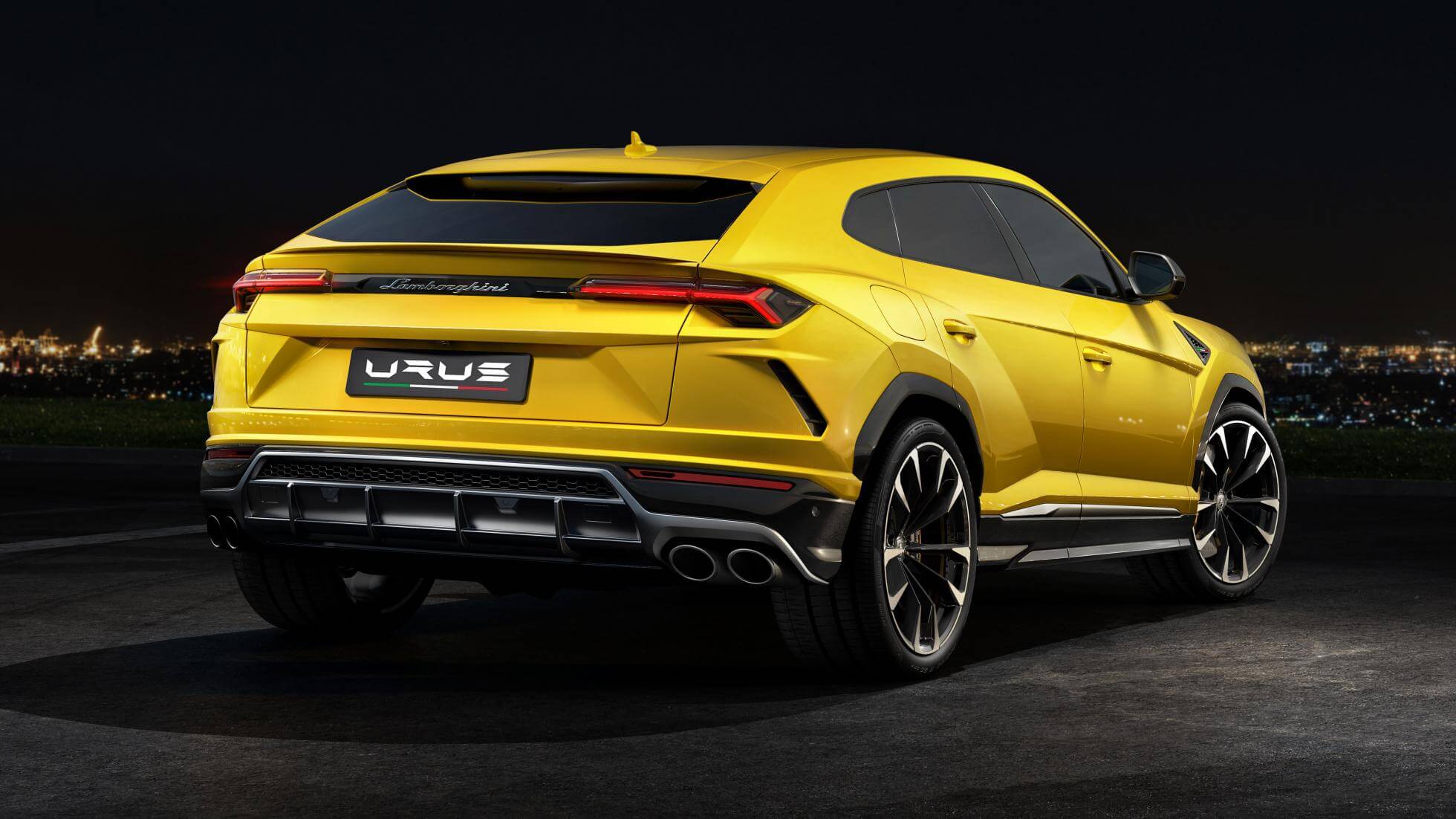 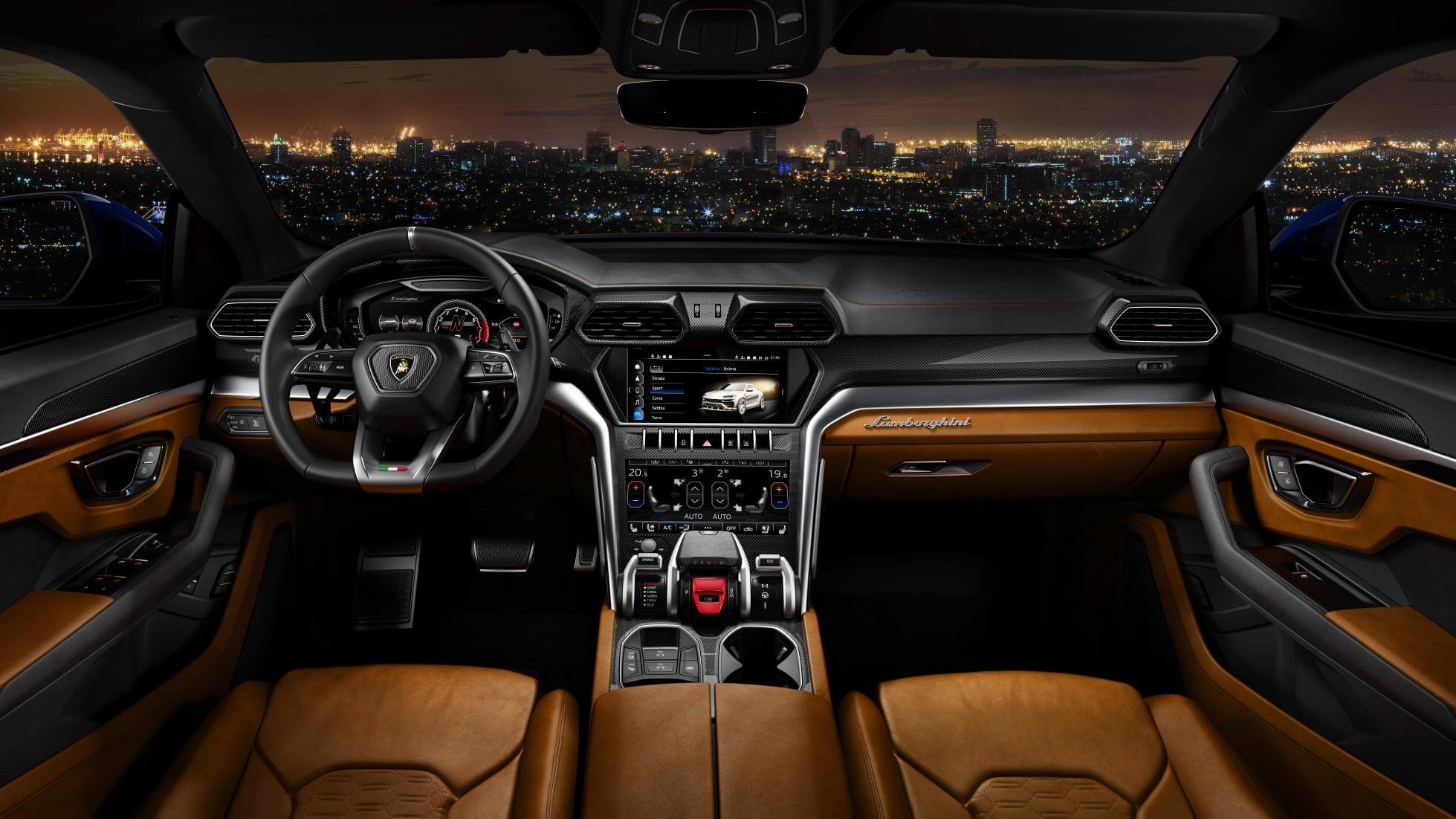 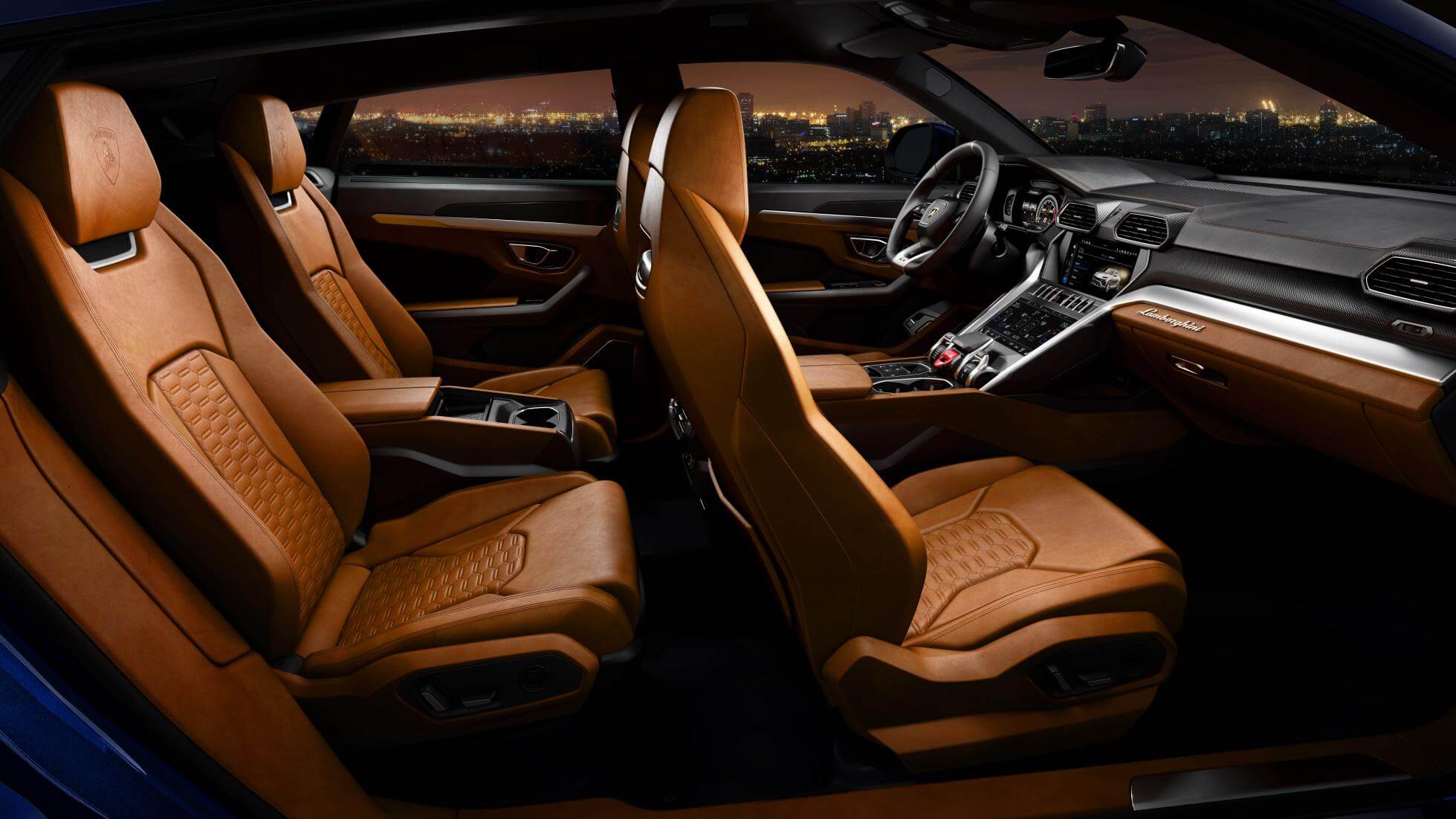 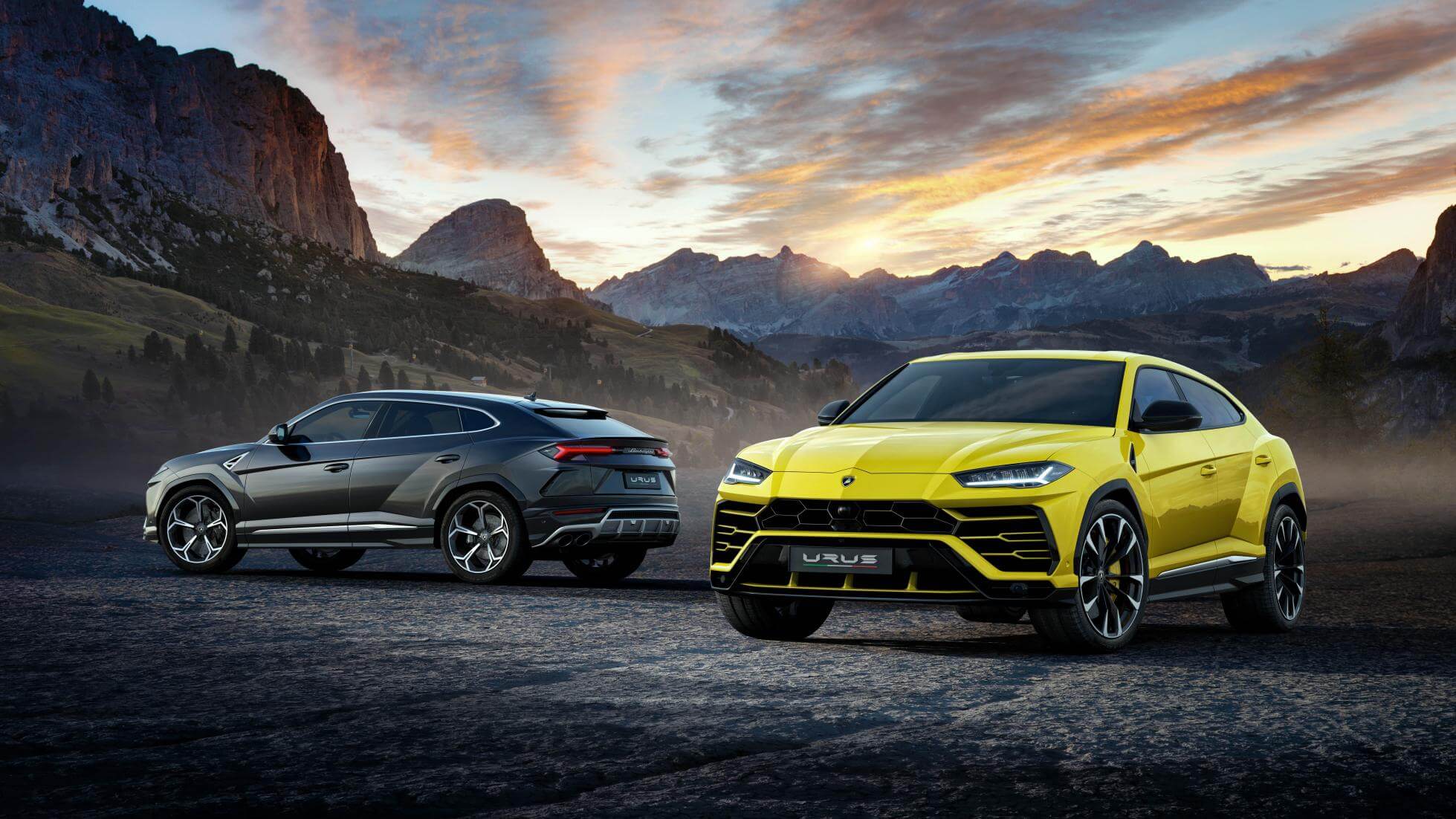 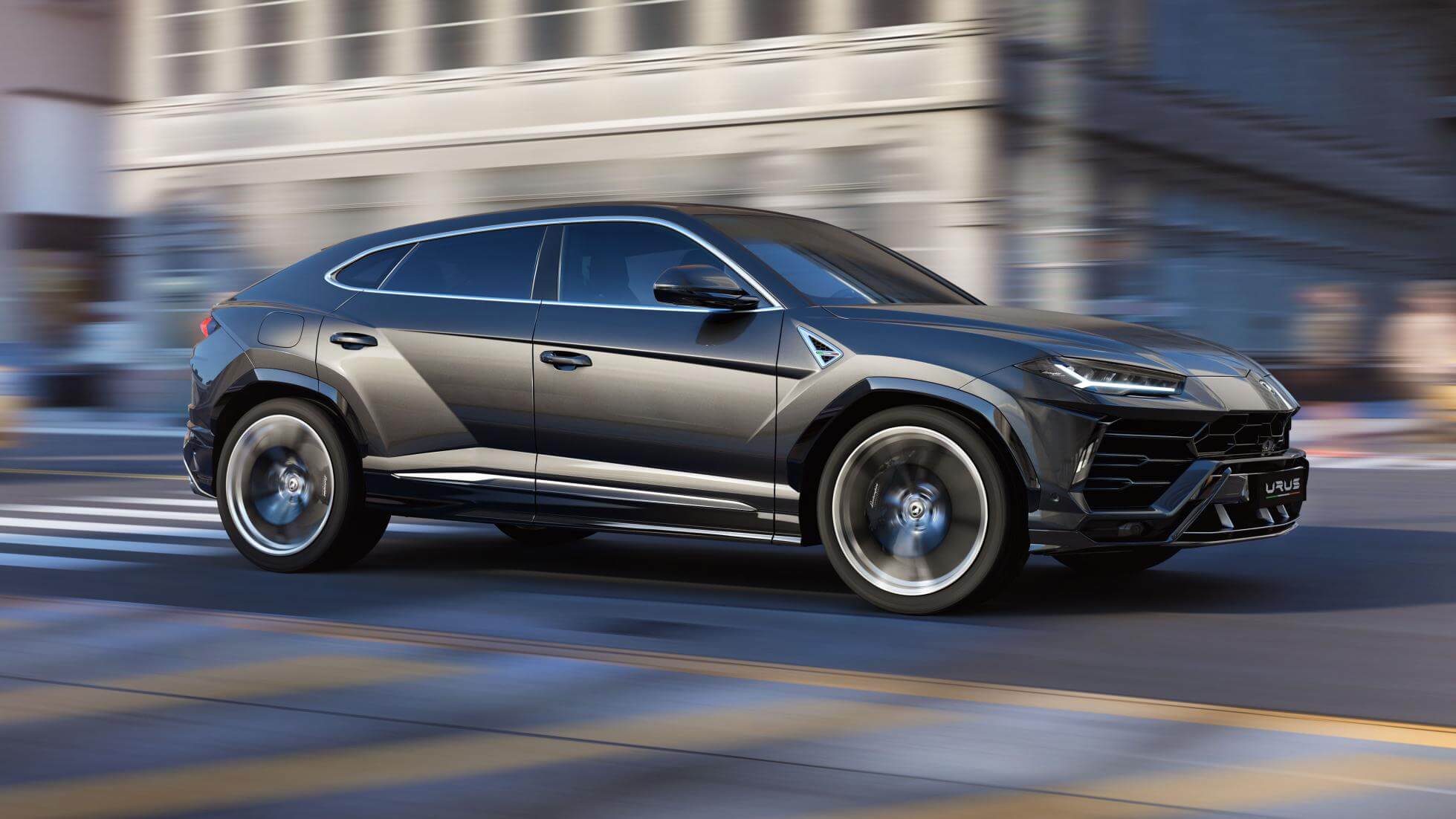 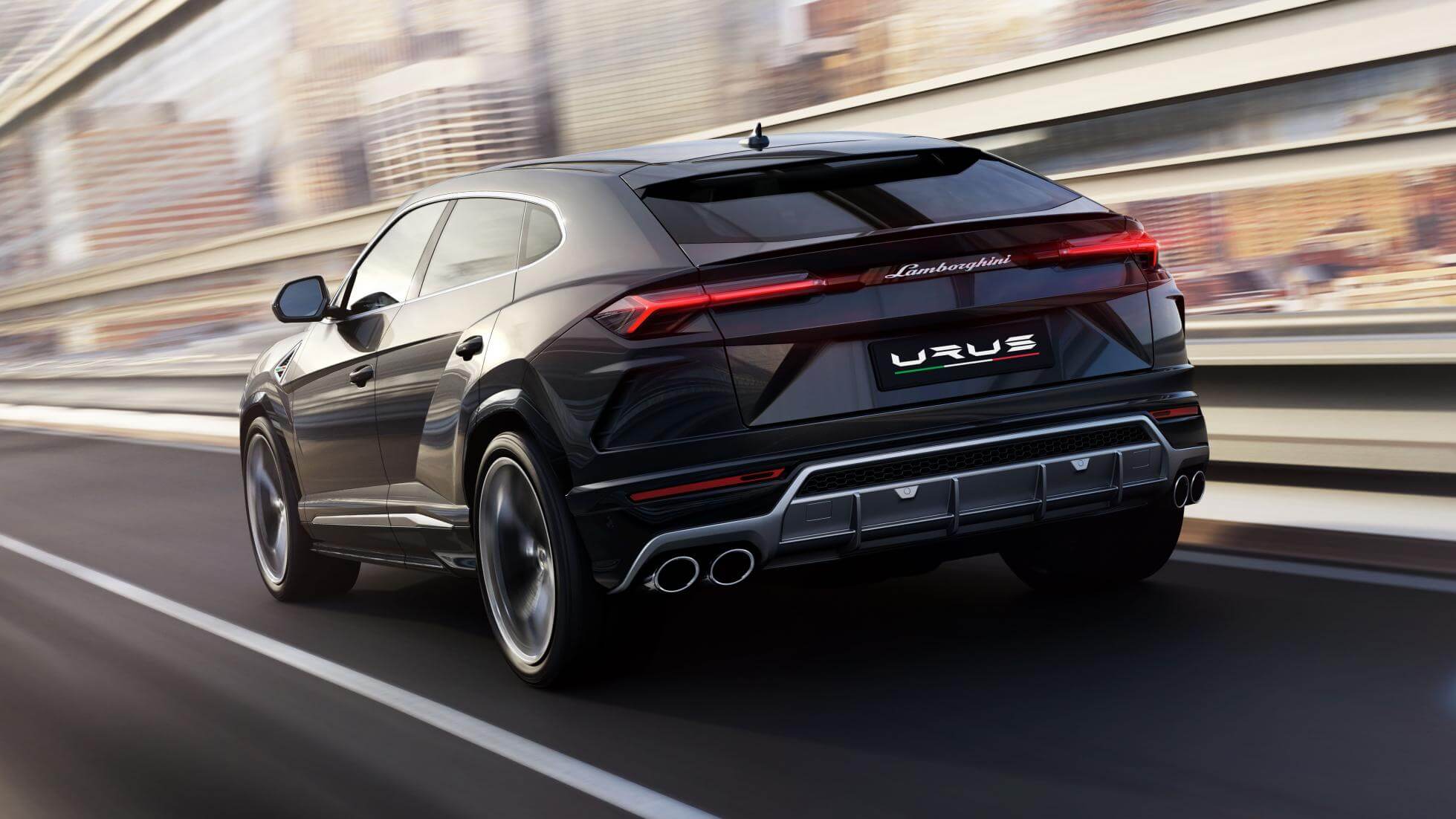 Lamborghini officially launches its new SUV! We like everything but its name

The great team at Lamborghini has officially done it, with its first re-entrance into the SUV market and they call it the URUS… with a name like that they might as well call the Uranus. But luckily the name is the only thing they seem to have messed up it as the Urus looks like an ultra-modern super SUV with the quality and reliability of Audi.

Now the new Urus doesn’t scream Lamborghini on the outside, for example, I don’t see lasers for wipers or the same madness you are used to seeing in their supercar division, but she does carry the lines and the feel of Lamborghini.

It has been over 5 years since Lamborghini revealed the original Urus concept and since then this new version has gotten a little bigger, rounder and wider on the rear end, but overall they have stuck to the original design which is surprisingly refreshing. There’s the same arrowhead bonnet shut line, but beneath that, there’s a lot more going on.

Lamborghini also revealed two different specs that are meant to attract two different type of buyers, if you look at the Yellow monster there are layers of mesh, intakes, and splitters all meant to maximize your entrance to any party, however if you are looking for a more tone down Lambo…. if that’s your thing the gray model carries mostly blacked out elements and a more grown-up look.

But here is where the Urus starts to separate from its Lamborgini heritage and starts to welcome its Audi stepfamily, with the introduction of headspace, leg room, and trunk room… yes, trunk room, I’m talking about 600 liters of trunk room, that’s enough space for you to carry all your bags and dog for a holiday getaway, and the seats have enough leg room and head space to seat 6-foot tall people comfortably, try doing that in a Lamborghini Huracán.

Now this monster also comes with 21-inch wheels as standard, with an option to go as big as up to 23-inch if that’s your thing. As far as power, the Urus is equipped with a 641bhp, 627lb ft of torque (available from 2,250rpm), 0–62mph in 3.6 seconds and 190mph top speed. Which officially makes the Urus as the fastest SUV on the planet.

Most of you would think that this power is achieved by using the V10 on loan from the Huracán, but you be wrong, thanks to Audis family connection, the Urus uses a version of the 4.0-litre twin-turbo V8 from the Bentley Continental GT and Audi RS6, redlining at 6,800rpm. But she is a smart engine, if you don’t need all 8 cylinders the engine shuts down 4 and your left driving a 4 cylinder Lamborghini, which also makes this engine the most fuel efficient engine ever fitted to a Lambo, unreal.

As far as the interior goes, it feels like your seating in a raised Huracán, the dashboard is covered in a bank of industrial-sized levers. In the center console, the start button lurks beneath a flip-up cover same as in the Huracan and Aventador, and there is an array of hexagons and Alcantara everywhere you see. But that’s where the similarities end, as you seat inside the seats are comfortable, the hardware is solid and the infotainment system is straight from Audis new A8.

In conclusion, this new addition to the Lamboriguni bloodline is impressive inside and out. It has all the clever engineering that makes Audis of today great, with the look and feel of Lamborghini, but the question is with a price tag of over $200,000 US dollars, will it sell?