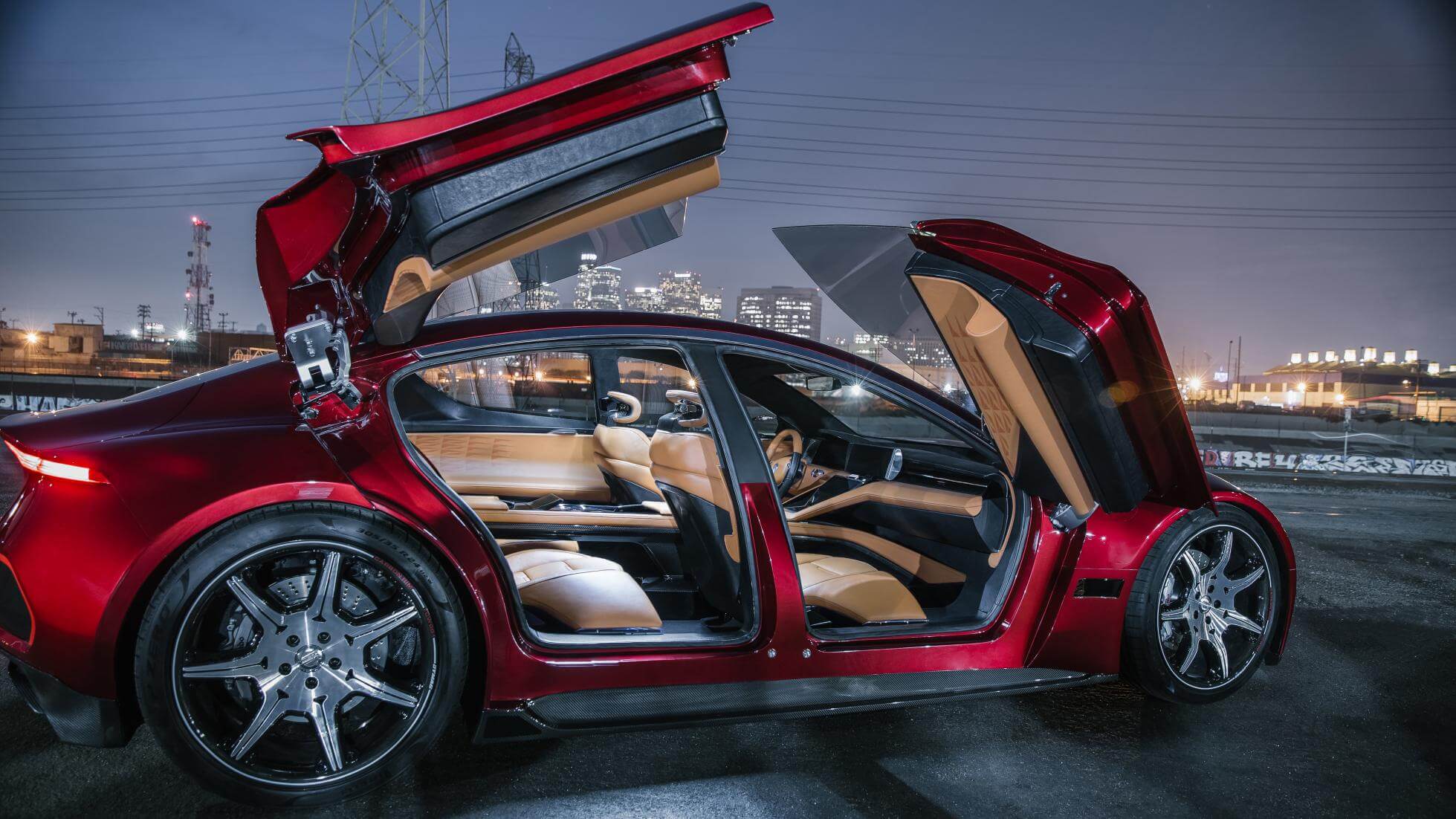 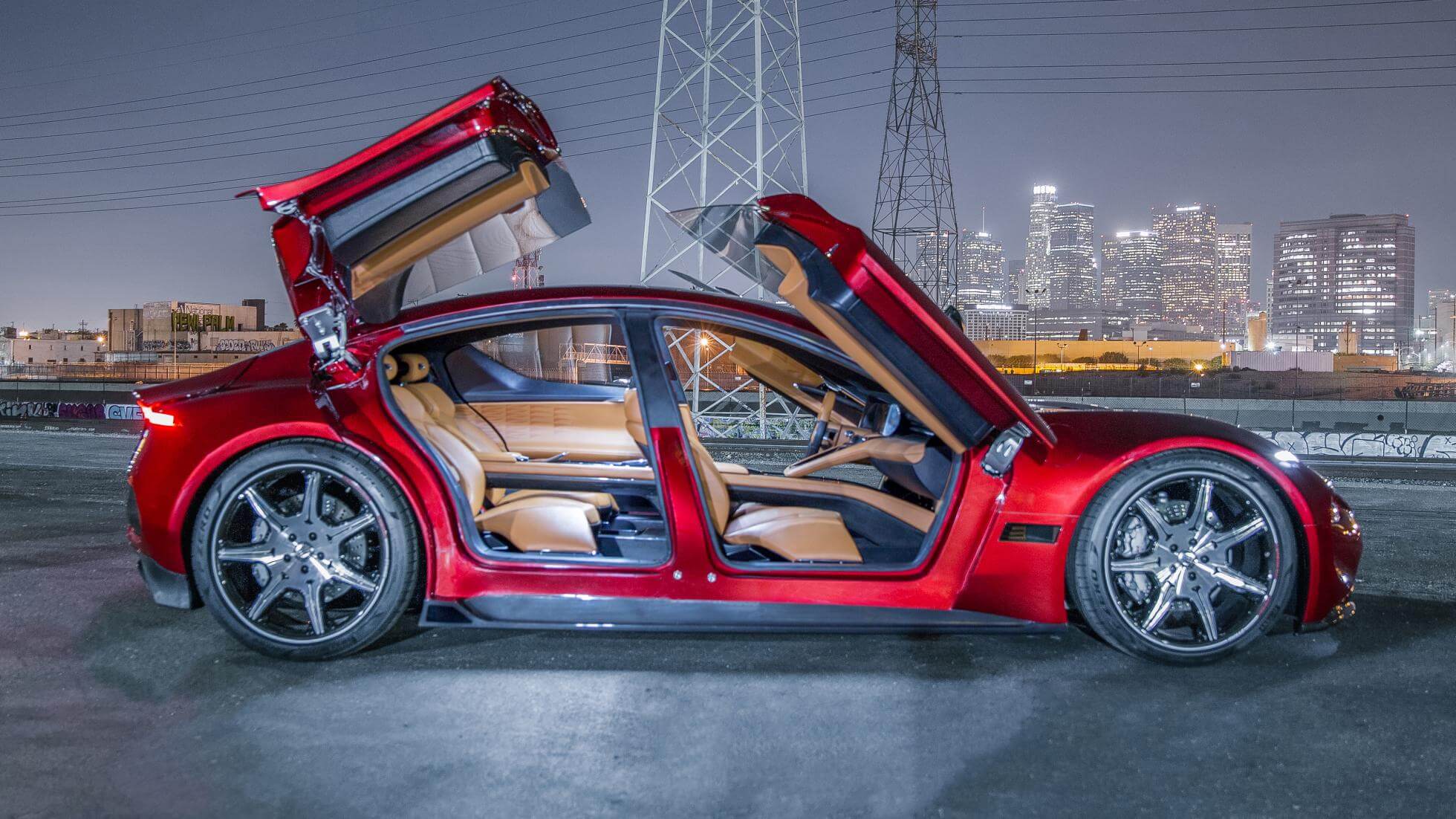 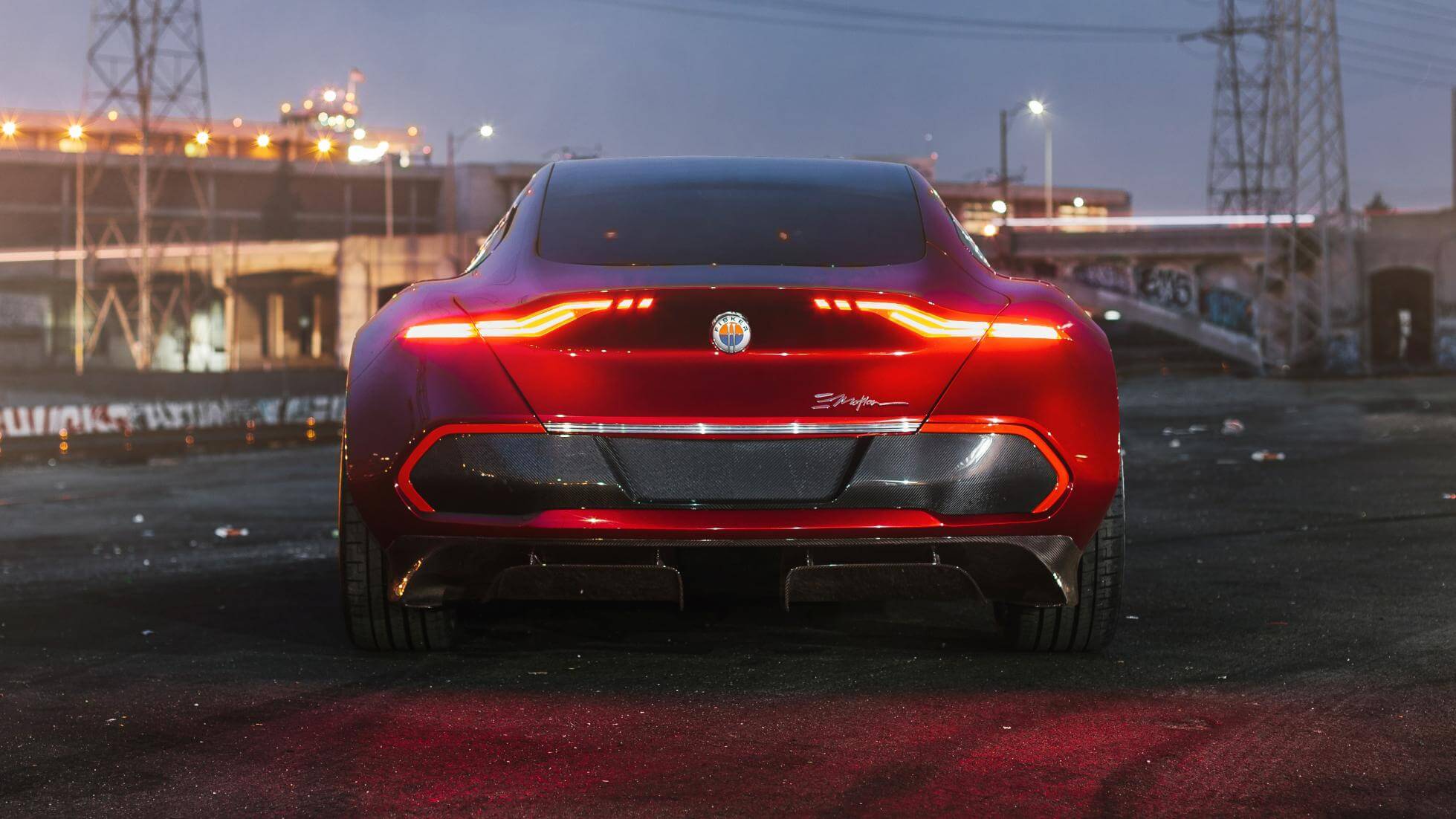 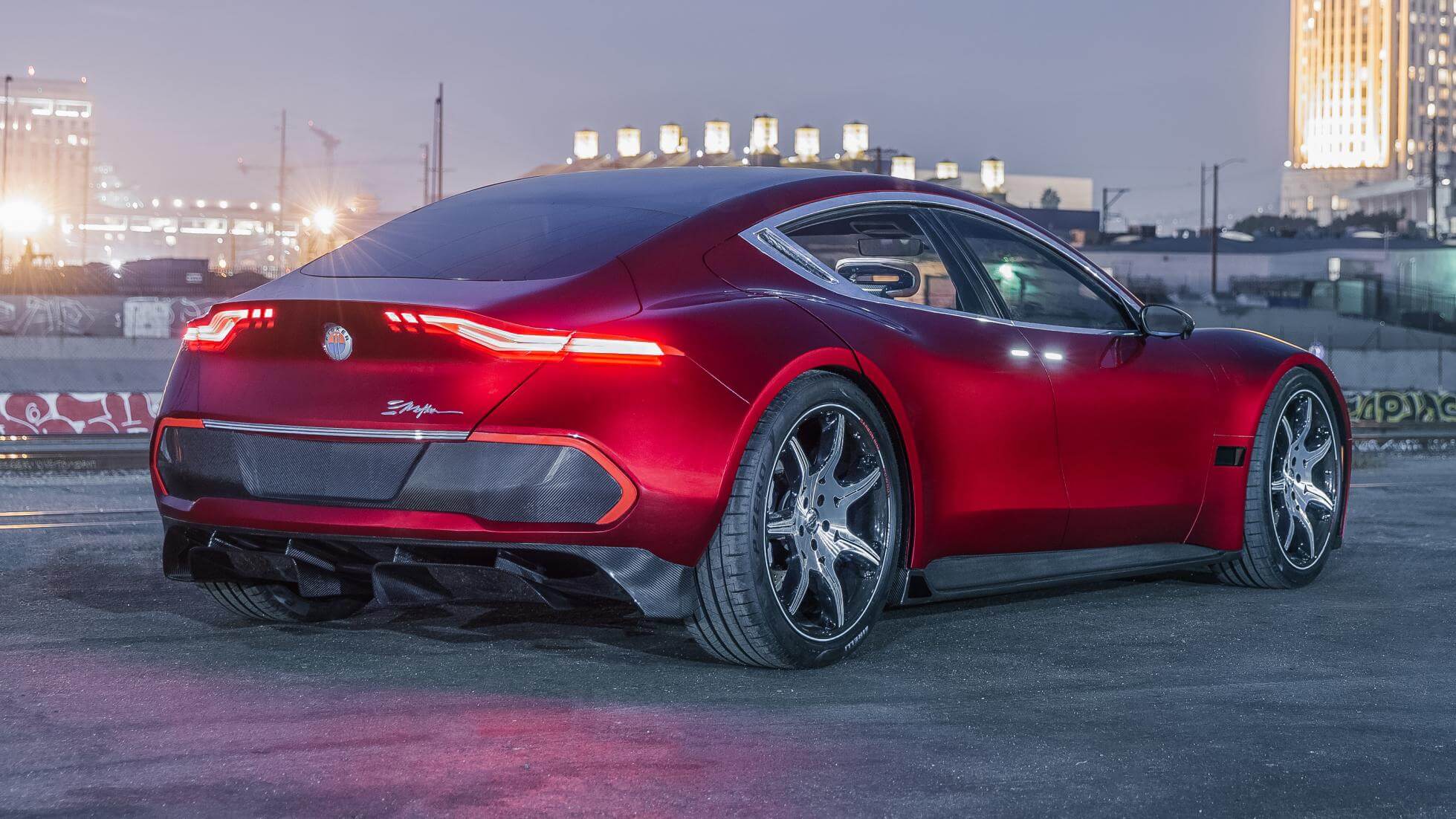 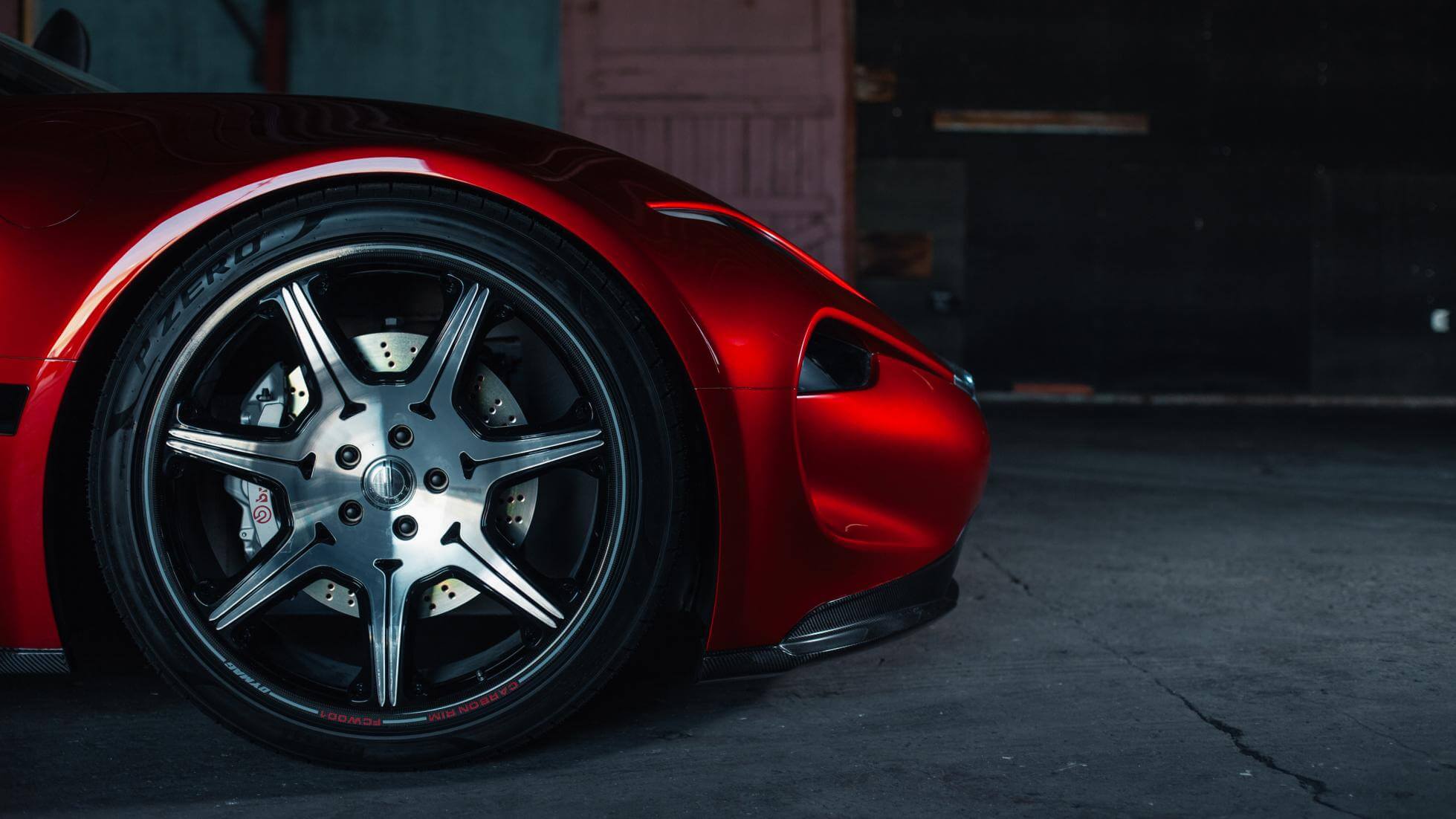 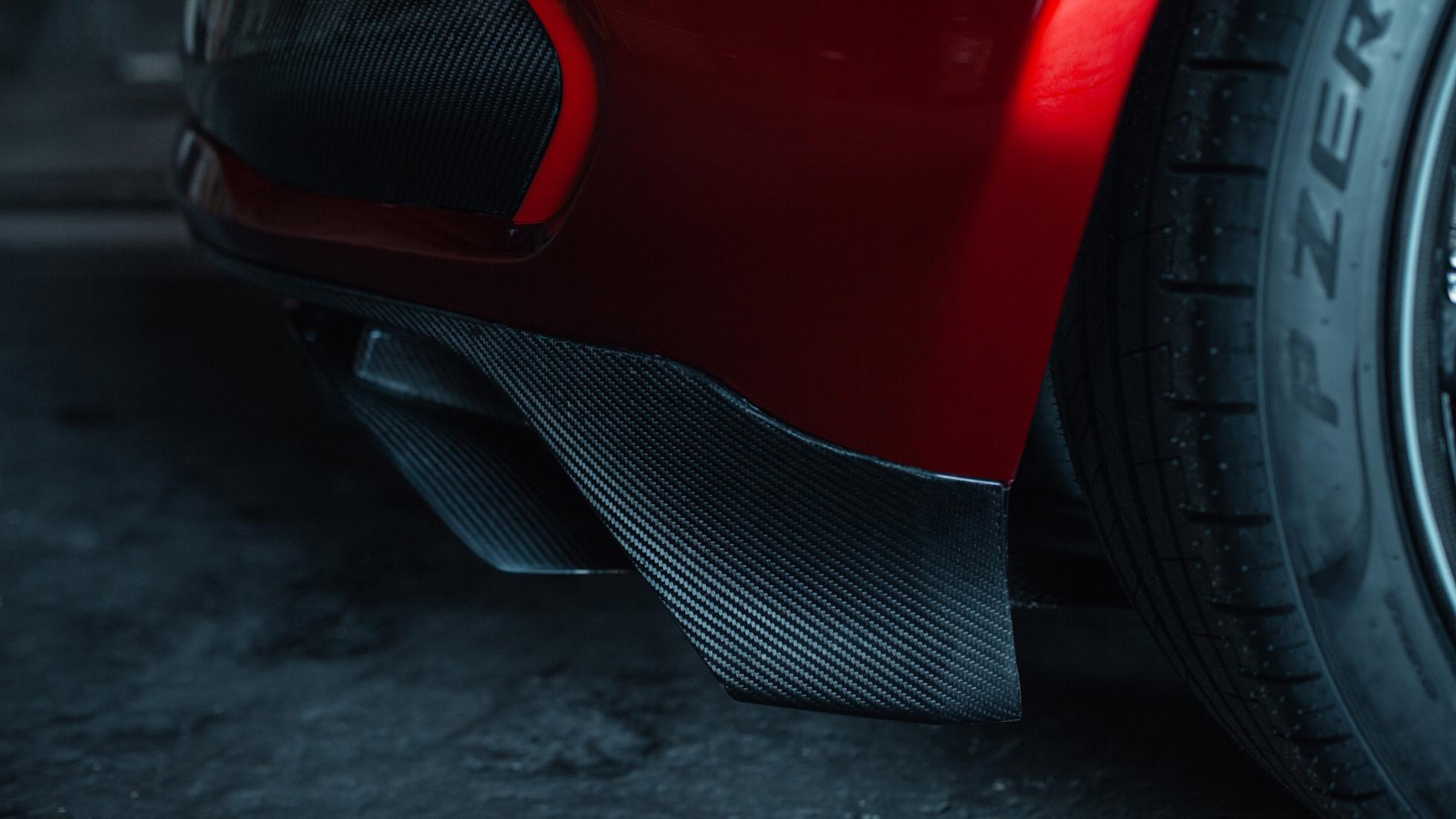 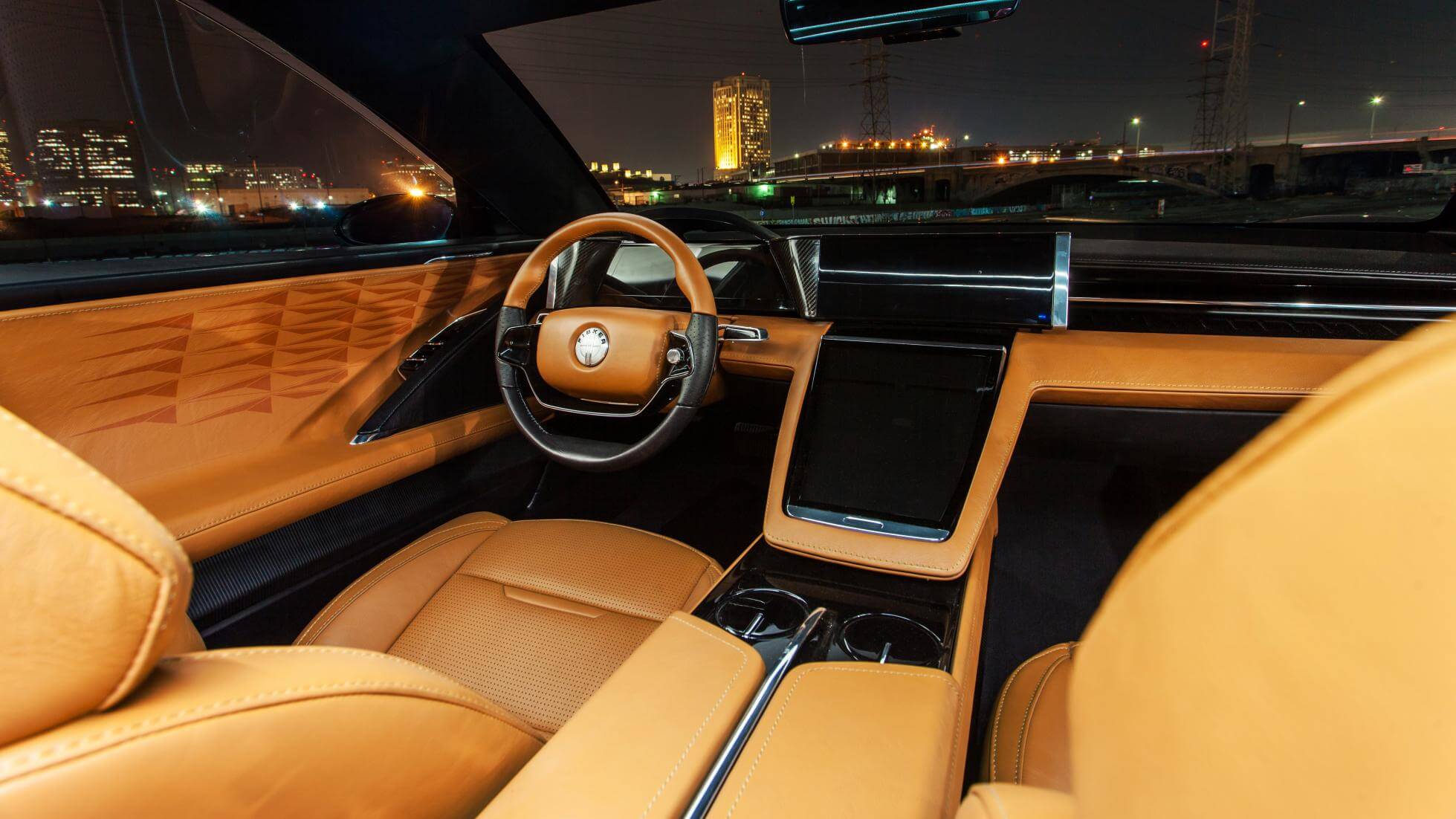 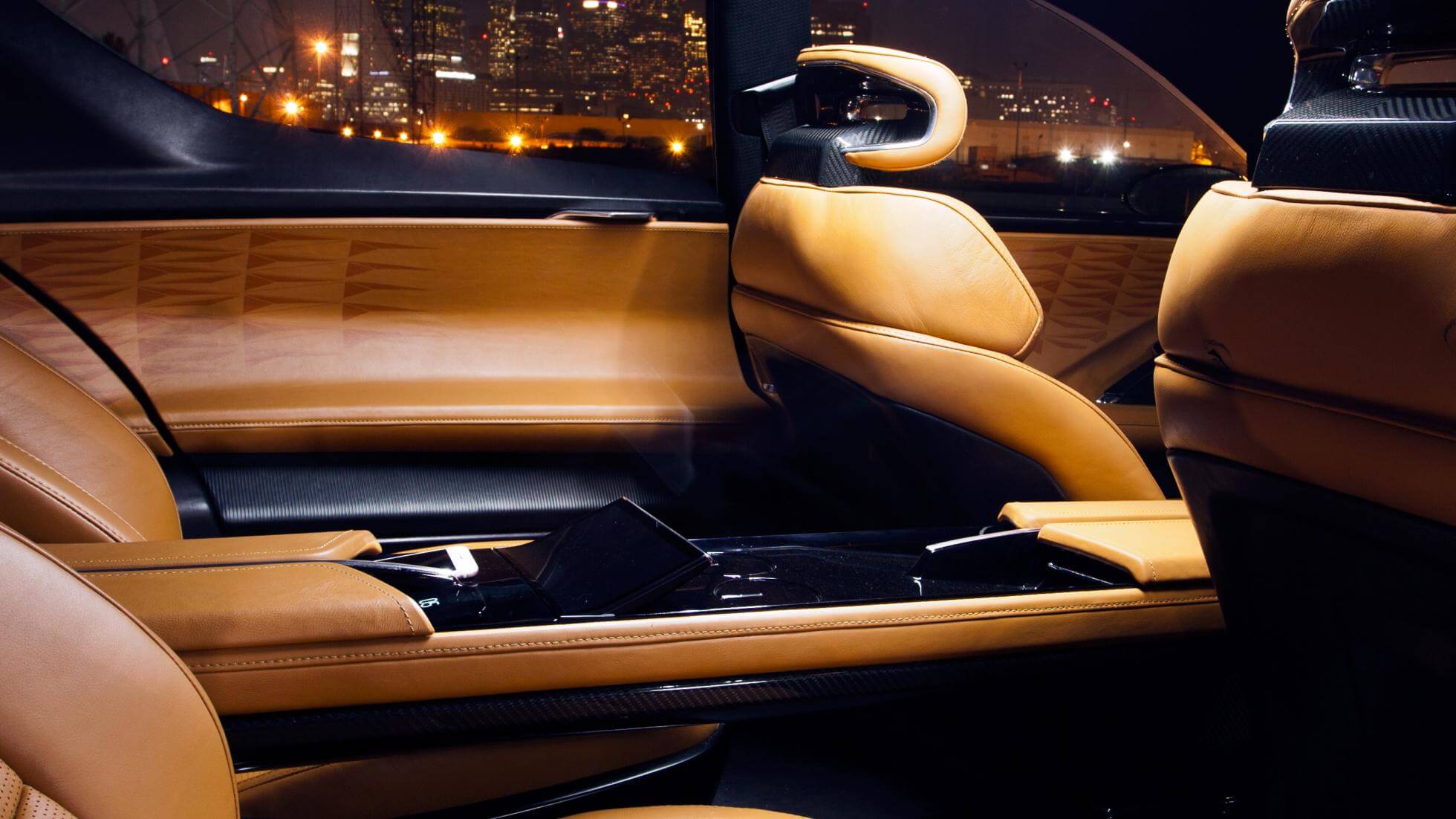 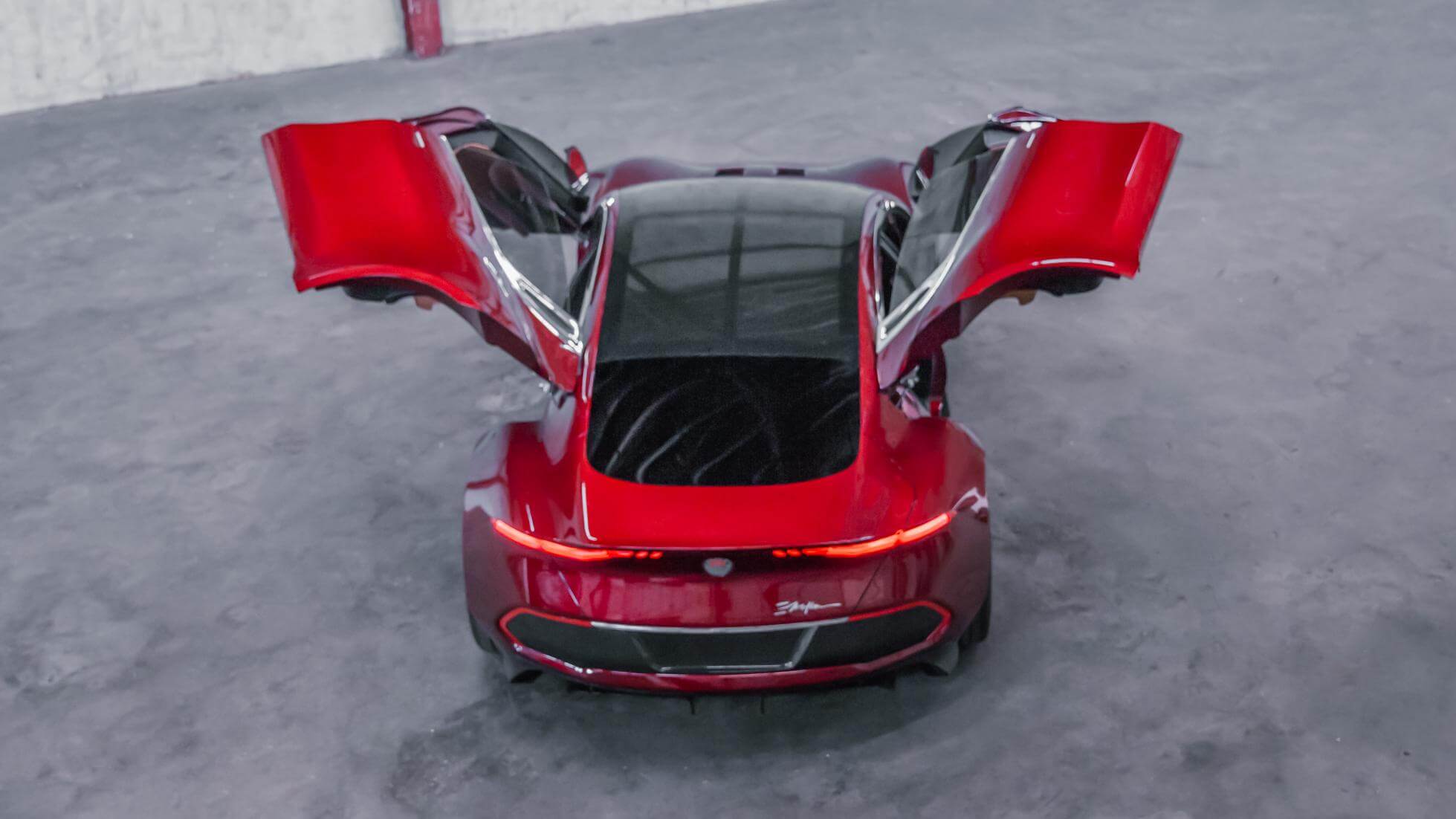 New Fisker Coming To a Road Near You! (Eventually)

That’s right, Henrik Fisker’s company is officially releasing a new version of their all-electric car the Fisker EMotion, (yes, they capitalize the M) and it looks phenomenal, yet familiar, as it was the legendary Henrik Fisker, the man who designed the breathtaking Aston Martin Vantage and beautiful throwback BMW Z8.

For this newest project, he has decided to follow in the footsteps of the BMW i8, F1, LaFerrari and McLaren with the addition of butterfly doors. Normally that would be a concern, but if you can afford the Fisker, you can also afford to not park in narrow parking stalls.

Now let’s discuss the tech, this beauty is built from lightweight aluminum and carbon fiber. To keep the smooth lines, it was designed without handles, the doors are operated by your smartphone. You won’t be lacking in leg room in the new Fisker EMotion, she’s not exactly small… measuring at over 5 meters in length and 1.4 meters in height, that’s the same size of a BMW 5 series. Rolling on massive 24-inch wheels.

Don’t worry, the interior has also received the same attention to detail, with 4 independent “first class” electric seats, each with their own tv screen (except for the driver of course, one day we’ll get our own tv screen, reach for the stars, boys!).

You might say I’ve heard electric super cars have poor range, well, Fisker claims the new vehicle can do over 400 miles per charge. If you notice the funny looking screen in both the front and rear end of the car, that’s LiDAR, which the company claims will allow the Fisker EMotion full self driving autonomy. This is both scary and cool. Yes officer, I’ve been drinking, but it’s cool, my Fisker knows where to go.

At this point, I would tell you how much it costs and that you have to sell your house to afford one, but I can’t as the company hasn’t released the prices for it, not even where it will be built, just that it will be manufactured somewhere in America, likely in a secret bunker under a hill.

But wait, there’s more! Fisker claims they are working on “breakthrough technology that will enable dramatically longer ranges of more than 500 miles on a single charge, and charging times as low as one minute”. Yowser. This super battery is scheduled to be used in their cars sometime in 2020.

“With the EMotion,” explains Fisker, “we’re introducing edgy, dramatic and emotionally-charged design/proportions, complemented with technological innovation that moves us into the future. That design balance is what has made the Fisker brand emotionally connect with our consumers.”

The future of electric cars is just starting to heat up!