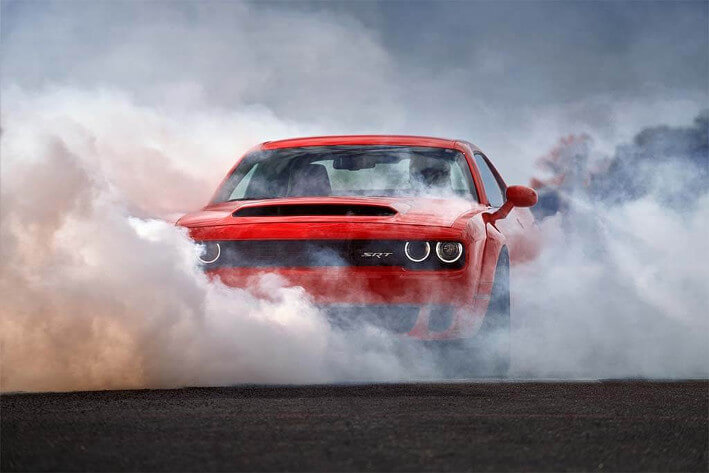 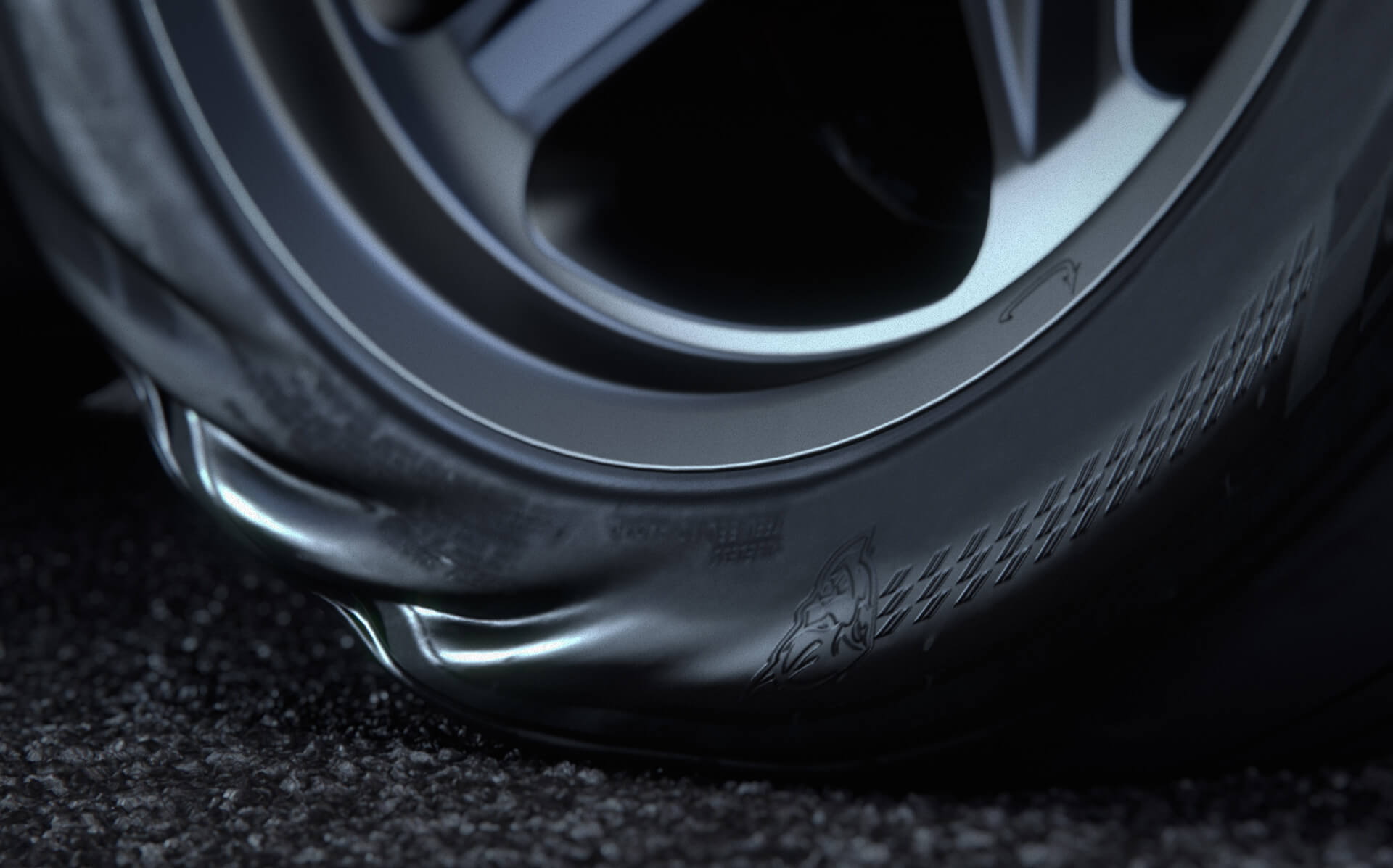 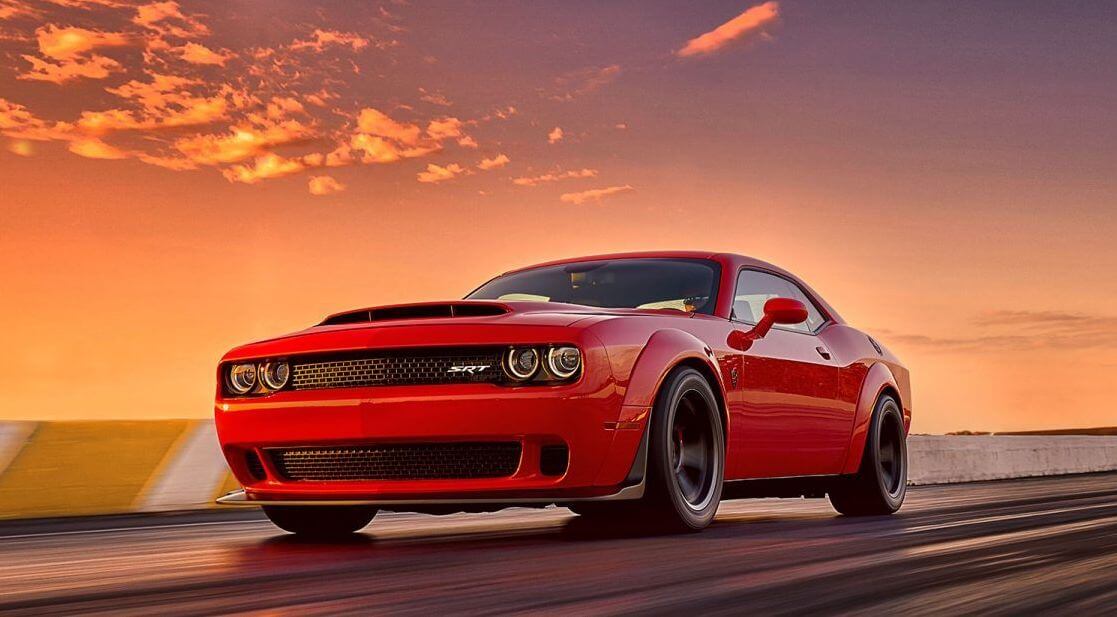 While everyone else is looking at electric, Dodge has gone the complete opposite way with the Dodge Challenger SRT Demon, and I gotta say, the little kid in me LOVES it.

The Dodge Challenger SRT Demon is a decent looking car, I mean, it’s not going to win any beauty contests or be a pin-up like any of Lamborghini’s line-up, but it has a certain angry charm. Like a baseball bat. Wrapped in barbed wire. Or a sledge hammer.

It carries on with the same basic design of the Challenger since its relaunch with a few notable upgrades. The first of course will be the MONSTER scoop up front, the Demon has the largest functional hood scoop on any production car, a massive 45.2 square inches. For you technical geeks, that thing will hoover 1150 cubic feet of air per minute, that’s about the equivalent of a 2 bedroom apartment. Now if that doesn’t scream aggressive, I don’t know what does.

There is also some more aggressive styling with the front diffusers to try and keep this beast’s tires on the road under acceleration.(hint, it didn’t work) Around back, it’s more of the same, however, the wheel arches are more flared to house some massive 315/40R18 drag radial tires.

You’ll be happy to know that once you’ve reduced these beauties to a mass of smoking slag on the side of the strip you can grab a couple of dinky donut tires out of the trunk to bolt on for the ride home.

With what surely was a deal with the devil, Dodge has created the highest horsepower production v8 ever produced. Sorry Ford Mustang, there’s a new sheriff in town, and he’s a son of a bitch.

The Dodge Demon sports a 6.2L supercharged Hemi cranking out an eye-watering 840 horsepower. That’s hypercar territory. It shares the same architecture as the 707 hp Hellcat, but with as many upgrades as they could shoehorn in. It’s not just pumping out more boost with a monster supercharger, it’s all upgraded pistons, rods, valve train and fuel injection system.

They really have gone outside of the box on this one and come up with some features that are basically pure wizardry. (or you know… deal with the devil… just sayin’). You know how on a hot day when you’ve got your air conditioner blasting and you have to turn it off to really roast some sucker off the line?

Not anymore! The Demon actually uses the AC unit to help lower the charge air induction temperature, acting as an intercooler but with way more cooling capacity. Dodge claims that it cools the air induction up to 7 degrees cooler than vehicles without the chiller. Fantastic right? I know, my eyes glazed over too.

What this means is a cooler, denser air-fuel mixture getting injected into the engine resulting in better atomization and therefore stronger reactions. It means more horsepower, that’s all that’s important here, so crank that AC!

The Demon’s 6.2L Hemi was also designed to run on 100+ octane fuel, so head down to the tracks and fill up with some of that sweet, sweet, race gas and make the weekly grocery run in record time!

Dodge has equipped the Demon with a “Drag Mode” which disengages the traction control but keeps stability control on which will change the suspension rates on the fly to try and help keep you in a straight line. The Demon has also been designed with a lower rear spring rate than the front to shift weight over the rear axle to provide maximum grip under heavy acceleration.

That’s cool… what does all this mean for me?

The much-lauded Nissan GTR, the KING of acceleration comes in at a measly 2.9 seconds. Think of all the stuff you can do with that extra 0.6 of a second you gained smoking that spoiled little rich kid with the car his daddy bought for him.

Honestly, it’ll probably be rearranging your organs, that 0-60 is the equivalent of 1.19G’s. (their website claims 1.8g, but apparently they can’t math, but that’s fine, you don’t need math, you’ve got a Dodge Demon)

Now think about that time you drove with your uncle in his BMW M3, wow, jesus, no, not that time, what’s wrong with you, maybe there’s someone you should call?

That 0-60 in 4.1 seconds the M3 pulled was just 0.67G’s. In car acceleration terms, 1.19 is CRUSHING. It’s like getting punched in the back of the head by an angry Mike Tyson then having him step on your windpipe while you’re down every time you stomp on the accelerator.

In the Demon you’re getting hypercar performance at a fraction of the cost, but…. Would I get one? I’m actually kind of on the fence here, It does look mean, it does look angry, it sounds exactly like it’s namesake, but it’s too purpose built. It is a straight line rocket, but minimal usability off the strip. Even then, you put this beast up against a proper modded track car or even a Tesla with some minor weight modifications and it won’t stand a chance.

I mean… I say that, but it is basically a strip ready production car at a reasonable price. I guess Dodge is going for the “I want to smoke some locals off the line, but I don’t want to actually put any effort into it” demographic.

You know what? I get it. Respect.